There is a lot of talk about the Constitution being a living document. 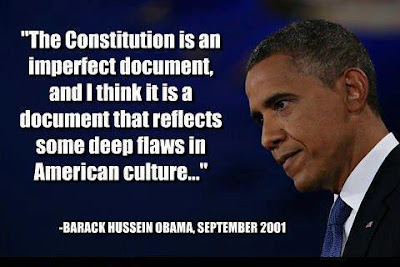 The U.S. Constitution is indeed a living document in that is can be amended by a process. An amendment may be proposed by either two-thirds of both houses of the United States Congress or by a national convention assembled at the request of the legislatures of at least two-thirds of the states. An amendment  must then be ratified either by the approval of the legislatures of three-fourths of the states or by state ratifying conventions held in three-fourths of the states. Article five.

Redefining the meaning of the words of the Constitution doesn't change the meanings of our freedoms.

If you're the US Government and you don't like what the Constitution says, feel free to ignore it. State and local governments do the same.

After all, who will prevent the government at any level from violating the Constitution? At best, the government must advance to the rear and find another way 'round.